First Milk Colostrum
In the late stages of pregnancy and for the first few days after birth the doe produces a yellowish-thick milk called colostrum. It's rich in protein, and nutrients. It also contains essential antibodies. It is best to allow the babies to nurse from the mom for the first 48 hours to get this "liquid gold" but if unavailable from the doe, colostrum may be purchased in a paste form.

When To Wean Goats
Commercial dairy goat operations wean baby goats soon after birth. The reason for doing this is simple; take as much milk from the mom as possibly, as soon as possible and sell the milk for money. The American way! Many years of good results from this commercial practice has led many small-time goat farmers to do the same; wean goats at an early age to get back to harvesting milk.
Feeding From a Bottle
It is an approved practice to freeze goat milk throughout the year and use it later to bottle feed young as you remove them from the mother. Weaning the baby from the mother at an early age and bottle feeding is thought to produce goats that are much more people-friendly. There are many commercial goat milk formulas that work well also. Holding the baby goat in a secure (snuggly) position while feeding makes for a happy feeding session.

Other shorts you may enjoy:
Delivery of Baby Goats
Newborn Goats Gotta Have It- Colostrum
Nursing a baby back
How Early To Breed My Doe
Breeding My Doe

Posted by henrymilker at 4:04 PM 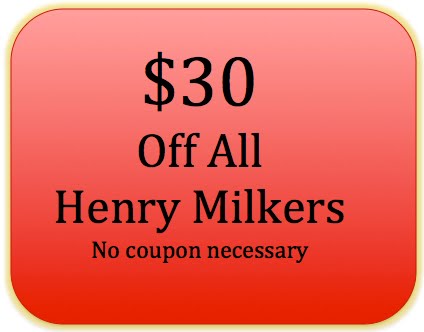 Thanks for visitiing, you are visitor number....

SEARCH over 160 goat topics in this Henry Milker BLOG

Easy enough for a kid to use 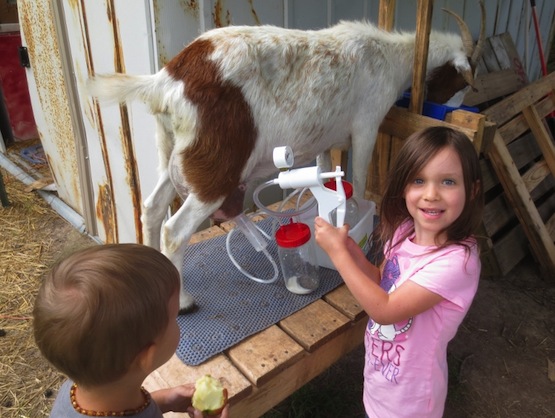 How to Build a Goat Milking Stand - The Henry Milker

One of the most common concerns from new goat owners has to do with the goat milking stand. I have milked goats while they stood on the ... 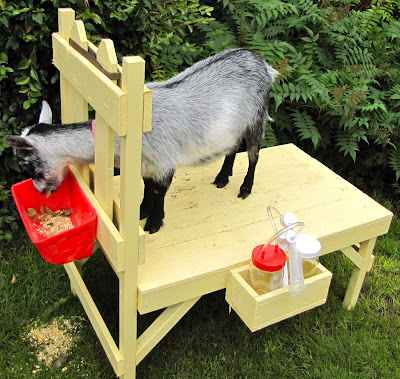 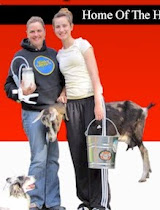 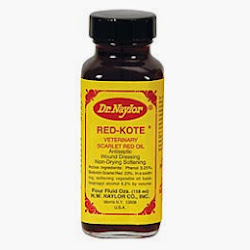 All sorts of goat care products.